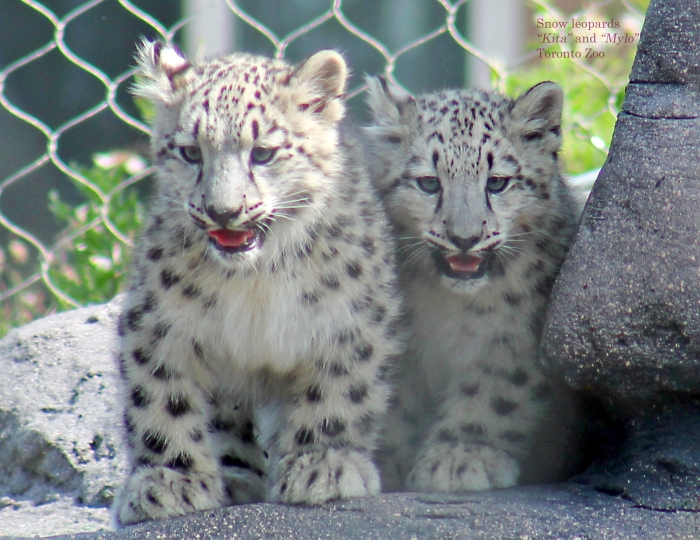 Snow leopard cubs on a warm day – look at those pink tongues!!!

This will be the very last post I complete for 2018 and there is an excellent chance that I have saved the best for last. Over the past couple of years at the Toronto Zoo there has been quite a “Baby Boom,” and two years ago I decided there were enough new offspring to warrant their own calendar – and I continued that trend into 2018. There have been countless new and beautiful babies born in and around the Zoo since then – and in other Zoos and locations, too. Many of these have been of the family Felidae (or “cat”), which is likely my favourite taxonomical family of all. I have featured lynx babies “Cinders” and “Ashes;” the four gorgeous white lion lads; the clouded leopard sisters who survived against great odds; and the improbable five kittens born to first-time cheetah mom, Laini, shortly after she arrived in a swap with Parc Safari. Thirteen beautiful new kittens born in the space of barely a year. But, to my mind, the most beautiful of all were born last of all when Ena, another first-time mom, gave birth on May 18, 2017 during a month-long strike at the Toronto Zoo. 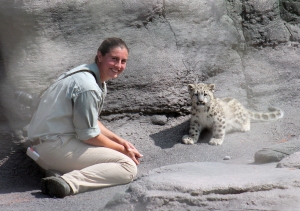 Three cubs were born on that day (two boys and a girl); however, their father, Kota, was a carrier of Bordetella bronchiseptica (aka “Kennel Cough”) and apparently passed the problem along to his cubs. On June 15, 2017 one of the boys sadly passed away after contracting the infection. The remaining two cubs were immediately given treatment and recovered wonderfully, although Mylo, the second boy, definitely progressed a little more slowly at first than his sister, Kita. In another blow to this little family, Kota had to be euthanized in October of 2017 after quickly going downhill due to age-related issues, although I have heard whispers of the “Kennel Cough” issue perhaps also taking hold of him at the end. However, all that aside, the remaining two cubs and their then seven-year-old mom, who had arrived from Japan a year earlier and was introduced to Kota after Tiga (the previous female) passed away, bonded together brilliantly and I was giddy with excitement when I learned of their impending public debut, set for August 25, 2017.

Kota had fathered two previous litters when he was introduced to Ena. I tried to visit them as often as I could after they were first put together; early on, they seemed to mostly be “putting up with” each other. As time went by, I began to see them sleeping together in the den, but Ena had a “safe place” on top of a hammock-like contraption that actually looked a lot like a howdah without an elephant. If Kota approached that area while she was sitting up in that hammock, she would hiss at him until he backed away. Then one day I came by and could only see Ena, at first, in that very hammock. It wasn’t until I moved a little closer that I noticed the second tail and realized that she had finally allowed Kota to come up and join her. That was when I knew they were going to get along just fine. They cuddled more closely in the den, followed each other around the exhibit, and spent long hours just lying close to each other, staring at the turs across the road. It came as no real surprise when I learned of Ena’s pregnancy in the early spring, but it was still an absolute delight!

Because they were born in May, and didn’t make their public debut until they were three months old, I spent a lot of their early days watching them pant and look for shade. They weren’t exactly lethargic, per se, but I knew they could be a lot more playful, given the right circumstances. Never the less, as I watched them through the late summer months and well into the fall, two things became readily apparent: 1) Ena was a terrific mother, often running up to the cubs and forcing them to play with her instead of the other way around; and 2) the Eurasia Keepers did an amazing job of socializing the little balls of fur, because they were extremely precocious, inquisitive, and engaged every time I got their attention (which was pretty much every time I visited them). I got to know which one was which very early and spent so much time with them that Ena herself used to look over when I’d show up, something she had not really done before. The aforementioned tur had already been one of my favourite attractions at the Zoo and I often headed to see them during the summer when the rest of the park was very busy; now there were days when I went directly to that corner of Eurasia and ventured nowhere else for hours.

Snow leopards, in general, may be the most beautiful cats in the world – they’re certainly at the top of any list of gorgeous felines. But even within that context, Ena is one of the most stunning snow leopards I have ever seen. There is such character and beauty in her face and I have spent many hours just looking at her, even after the cubs were born. The cubs were bound to be adorable in any event, but their lineage (Kota was pretty darned handsome himself) ensured that they would be heart-meltingly cute. But I didn’t only show up so often just because of their beauty. No, I wanted them to get to know me very well, to be calm around me, or even to react positively to my presence, as I was just biding my time until the heat had passed, the crowds had stopped showing up, the temperature dropped, and the first flakes started to fall. I knew that would be the best time to see them. And they didn’t disappoint, once that time arrived.

As the weather began to cool off, we began to play more. Eventually, the snow did fall, and I grabbed my camera and rushed over to the Zoo at even the sight of a few flakes for quite a while. We started to play Hide and Seek. Then they started to just flat-out stalk me, but I didn’t get a lot of shots of those times because I was having so much fun with them I simply forgot to do so. And then, right smack-dab in the middle of December, I remembered.

I have many more videos of these guys – and others! – on my YouTube channel. Please check it out if you get the chance! 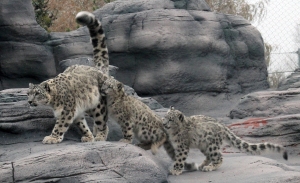 Ena, Kita, Mylo in a chain

I’ve gone to see them so many times since they first came on display, and I almost never failed to get the attention of at least one of the three. And Ena absolutely loves playing with her offspring! The photo here is a very typical scene: Ena will walk past one or both of the cubs nonchalantly, pretending to be minding her own business. But the giveaway is this: that giant, fluffy tail will be standing straight up in the air like a huge flag, and whether she is wiggling it or not, it taunts the cubs. Within seconds, one will take the bait and start to chase after her; more often than not, this will result in Ena jumping about 10 feet vertically (as if she’s been caught by surprise) before dashing away on the dead run, one or two slightly smaller versions of herself in tow. And even though I’ve seen it happen many times, it enchants me on every occasion, even to this day.

Kita just before she stalked me

As the cubs grew up, it seemed they lost interest in playing with me when I’d come to see them. But that wasn’t what happened at all, as it turned out: it was simply too darn hot all summer for them to have the energy to run around. When the temperature dropped again this fall, I went to see the family and found them lying together on a platform wrapped around a pole in the middle of the exhibit. I called out to Kita and, as you can see here, she opened her eyes and fixed them on me. Right after I took this photo, I shuffled my feet a little bit in the dead leaves and then ducked down behind some rocks, out of sight, for a second or two. When I popped back up, Kita was not where I left her… because she had jumped down to the plateau on her side of the fence and was inching toward me, ears pinned back to her head, eyes as big as frying pans. When I repeated my hiding trick, she came racing across the rocks and leapt onto the screen right in front of me, before jumping down to the ground and strutting back and forth, clearly begging for some skritches (she didn’t get them from me; I feel it’s important to make that clear at this point). She eventually went back up on the rocks and we repeated the game twice more. I don’t know how much longer these youngsters are going to be at the Toronto Zoo – they will want to breed Ena with a new partner as soon as possible – but for the rest of the time they are there, I am going to milk the opportunities as much as I possibly can.

Well, I am clearly going to end this post with a collage of photos of the family, but before I do I want to again thank all of you for buying my calendars or, at least, for reading along with these blogs. I bought a new kit and zoom lens at the end of last year and they have greatly improved my photos; every shot in the 2019 calendar (I am only making one version for next year) was taken with the new camera, with one exception: November. But you’ll have to wait until then to get that whole story.

So please join me again next year when I will continue to find things to tell you about the gorgeous animals of the Toronto Zoo, and fill the posts with photos you may not have seen before. Thanks again, have a great holiday season, and a Happy New Year! 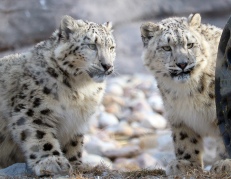 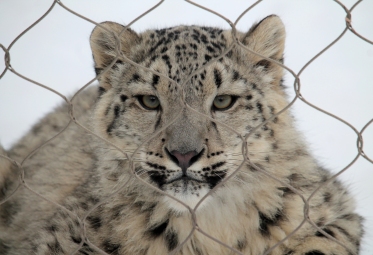 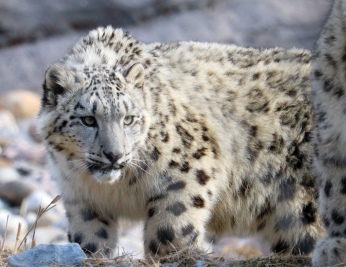 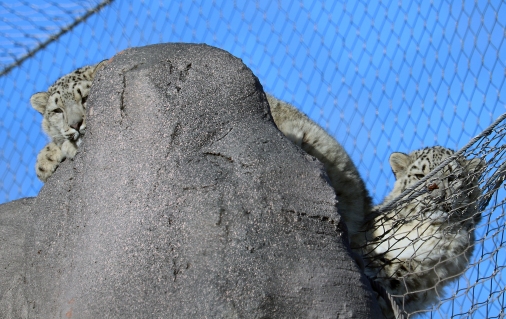 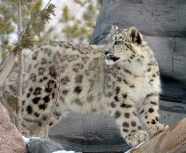 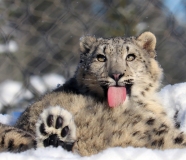 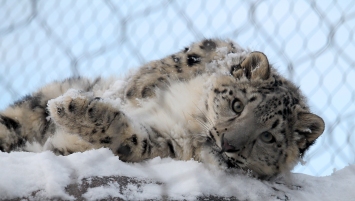 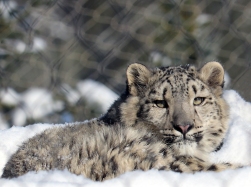 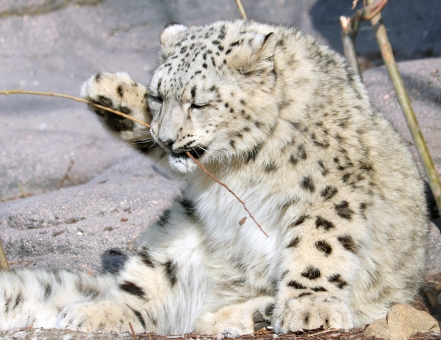 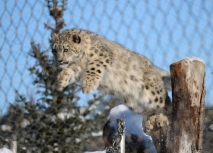 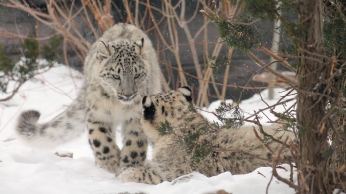